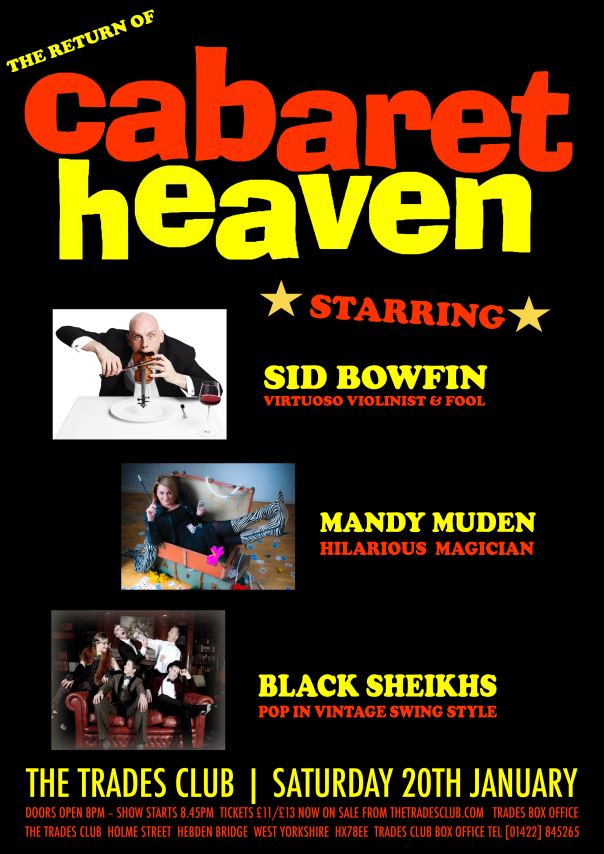 Sid Bowfin is a world class violinist and fool who’s taken his show around the world-including wowing the Arts Festival in the square a couple of years ago. We wanted him back with his critically acclaimed cabaret show. Mandy Muden is the winner of the Carlton Magic Circle Award for Comedy in Magic. She’s a brilliant magician, hilarious and takes no prisoners. Mandy has numerous TV credits and her tour includes the Magic Castle, Las Vegas, the Ritz and ….the Trades Club. And dance band vintage reprobates and genre alchemists, the Black Sheikhs fire heady concoctions of Punk, Pop, Rock and Swing, steaming into the 21st century. Lord Acton and his band of virtuosos take the popular songs of today, and dress them up in the snazzy rags of the swing era. Plus MC Bernard Otter, hostess Peggy Lee and gender illusionist Mysti Valentine. Please dress up to get down.

All your Cabaret Heaven favourites are appearing in this all-star line up in the beautiful setting of the Spiegeltent.  Book now to avoid disappointment! 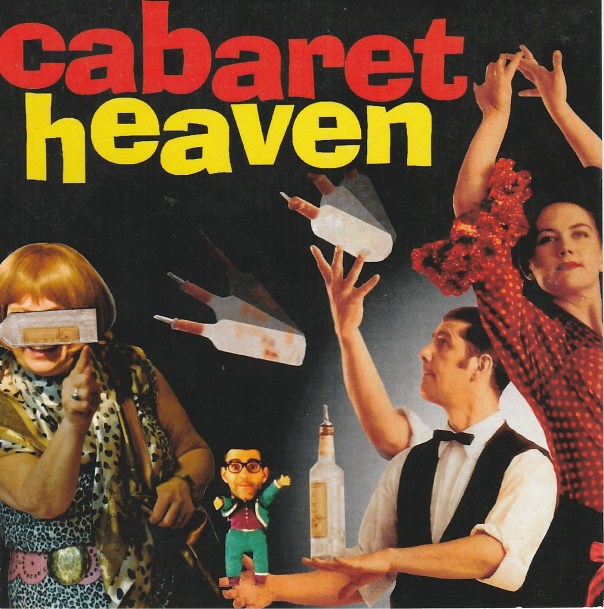 Comments Off on 29 Dec 2017 – Cabaret Heaven at The Piece Hall Spiegeltent, Halifax 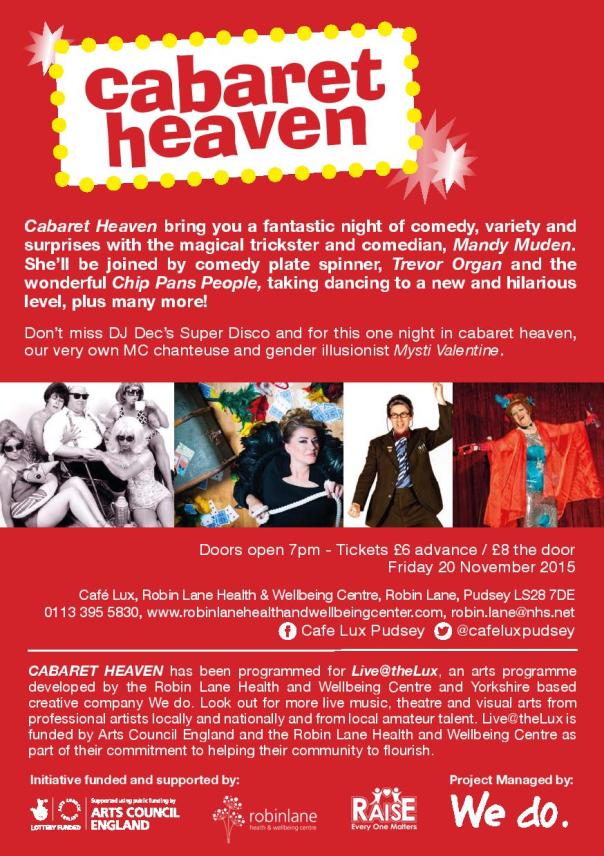 Get your earlybird tickets online for just a fiver HERE 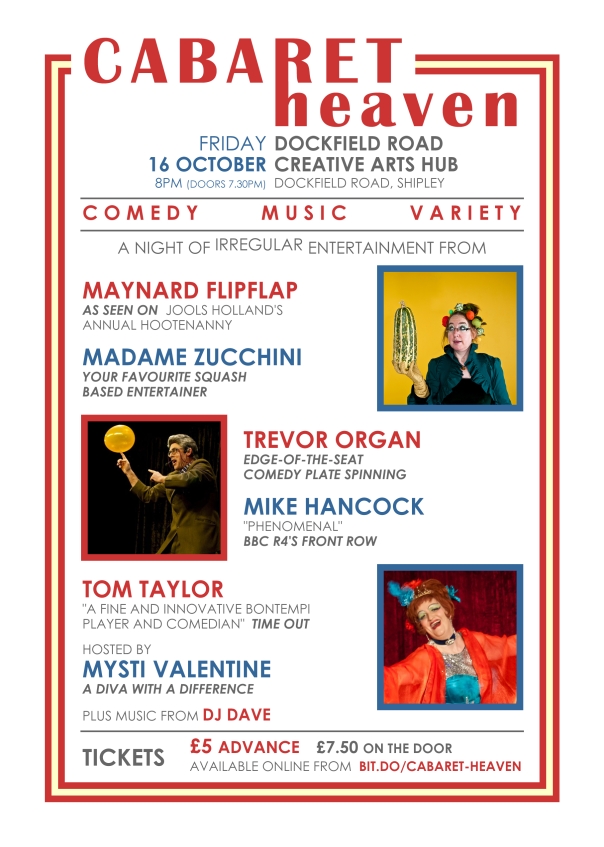 We’re really proud of the 10 years Cabaret Heaven was a regular feature at the Brudenell Social Club in Leeds.  The venue has changed a lot since we first went there.  Here’s a bit of history from club members and regulars there…. 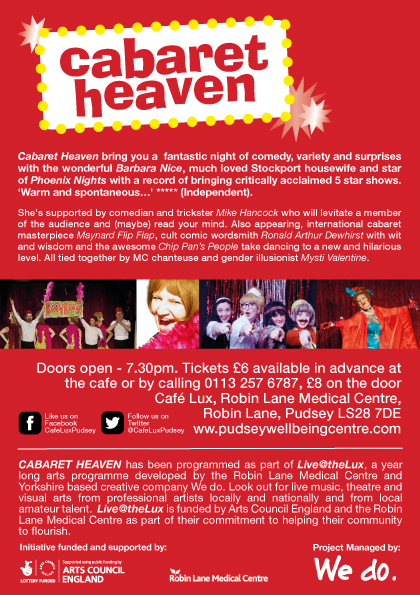 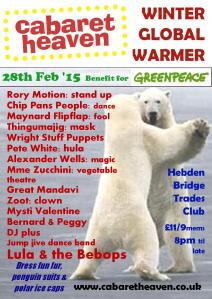 Cabaret Heaven Winter Global Warmer with 10 top acts and Lula & the BeBops in aid of Greenpeace. 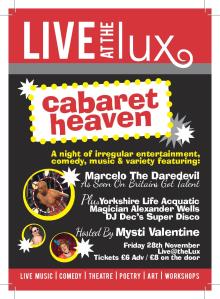 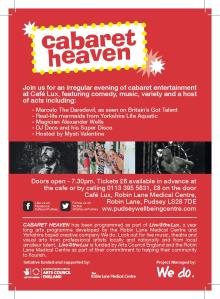 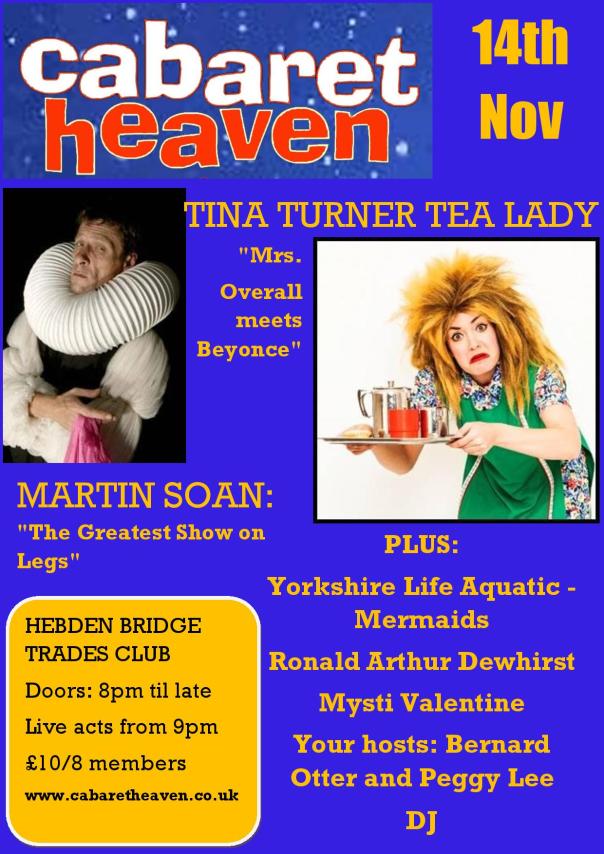